Christmas cheer is brightening Arcola streets these dark chilly evenings. Since there's so much beauty and joy around, I figure it needs a foil of doom and gloom in order to be fully appreciated. That means I get to be the Grinch. 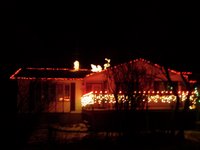 Advent? Waiting? Not at this house. Santa has landed and is hard at work (that's him on the roof there), even though it's still November. I guess he has to start earlier these days to get all that stuff delivered. But that's another post. 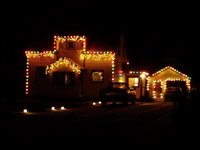 So far it's just individual properties that are decorated, but soon the town workers will be hanging an array of tinsel-and-light figures above the streets, fastening the stars and candy canes to the permanent brackets on the power poles, and plugging each one into a handy outlet right there on each pole. I had never noticed how the power got to those lights, but last year one of those town workers showed me, when he happened along as I was struggling with extension cords for my own string of Christmas merriment. I had draped a string of clear lights along the front hedge as a concession to the custom, letting it do double duty as a light source for the sidewalk where it passes my yard. He joked that I could just run my extension cord right from the power pole, and it wouldn't matter, because SaskPower doesn't charge the town for the extra electricity for Christmas lights. 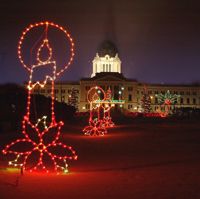 I guess I shouldn't be surprised, considering that SaskPower is the title sponsor of the Festival of Lights in Regina. That has irritated me for years. Winter evenings are the peak demand time for electricity, and here is our power utility promoting even higher demand by sponsoring light festivals and giving away free lighting power to municipalities. I seem to recall inquiring about this conflict, and being told that Christmas lighting is not a significant issue for power conservation.

I find it amusing that my latest power bill had a flyer enclosed, promoting power conservation through LED Christmas lights. 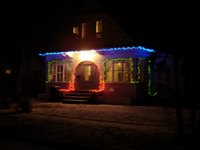 It's also interesting that I can't find any website promoting this year's Festival of Lights, except for a brief mention on a single calendar of major Saskatchewan events. As of today, both SaskPower and the Regina Chamber of Commerce are silent about it. What's happening? Did someone finally begin to feel a twinge of conscience?

There's a note of hope for you. On a related (hopeful) note, just last week, the federal and provincial governments announced "a new five-year Memorandum of Understanding on climate change" that includes funding for a feasibility study on a proposed SaskPower "clean coal project . . . capable of near-zero emissions of greenhouse gases and pollutants normally associated with coal fired thermal power plants." I just hope they can find the coal under some marginal cropland, instead of tearing up more native prairie pasture. 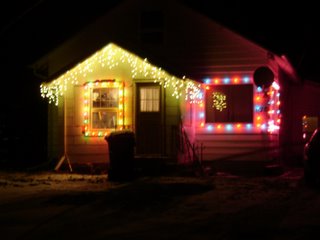